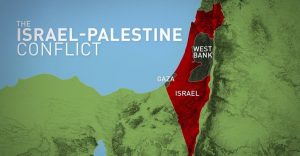 Israeli armed forces attacked Al-Aqsa Mosque in the Haram esh-Sharif in Jerusalem, ahead of a march by Zionist nationalists commemorating Israel’s capture of the eastern half of the city in 1967.