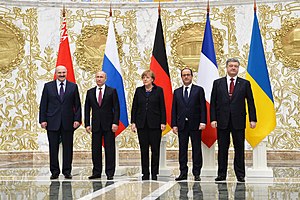 The United States has warned Russia not to invade Ukraine and urged both countries to return to a set of agreements designed to end a separatist war by Russian-speakers in eastern Ukraine. Here is a look at the agreements, which were signed in Minsk in 2014 and 2015.