The police action in Delhi’s Jamia Millia Islamia, where the police entered the campus and employed force against students, is being widely criticized.

The right of citizens to protest peacefully is guaranteed by the Constitution of India.

Articles 19(1)(a) and 19(1)(b) give to all citizens the right to freedom of speech and expression, and to assemble peaceably and without arms.

However, under Articles 19(2) and 19(3), the right to freedom of speech is subject to “reasonable restrictions in the interests of the sovereignty and integrity of India, the security of the State, friendly relations with foreign States, public order, decency or morality or in relation to contempt of court, defamation or incitement to an offense”. 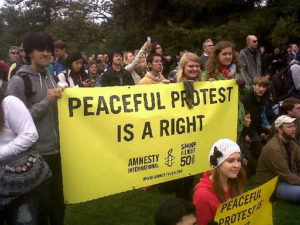 In ‘Karam Singh vs Hardayal Singh And Ors 1979’ the High Court of Punjab and Haryana underlined that before any force can be used, three prerequisites are to be satisfied. These were:

While agreeing to hear petitions on alleged police excesses on students in Jamia Millia Islamia and Aligarh Muslim University, a Supreme Court bench expressed displeasure over rioting and destruction of public property.

Despite a law against the destruction of property, incidents of rioting, vandalism, and arson have been common during protests across the country. 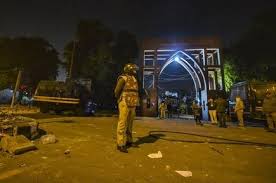 It punishes anyone “who commits mischief by doing any act in respect of any public property” with a jail term of up to five years and a fine or both.

Provisions of this law can be coupled with those under the Indian Penal Code.

The Thomas Committee: recommended reversing the burden of proof against protesters. Accepting the suggestion, the court said that the prosecution should be required to prove that public property had been damaged in direct action called by an organization and that the accused also participated in such direct action.

The Nariman Committee’s: recommendations dealt with extracting damages for destruction. Accepting the recommendations, the court said the rioters would be made strictly liable for the damage, and compensation would be collected to “make good” the damage.

Negotiators at the Madrid climate talks finally threw up their hands on the contentious issue of setting up a new carbon market under the Paris Agreement.

Carbon markets allow the buying and selling of emission reductions in the form of carbon credits, and enable countries struggling to meet their climate targets to buy these credits from countries that are in a position to reduce their emissions beyond their own targets. 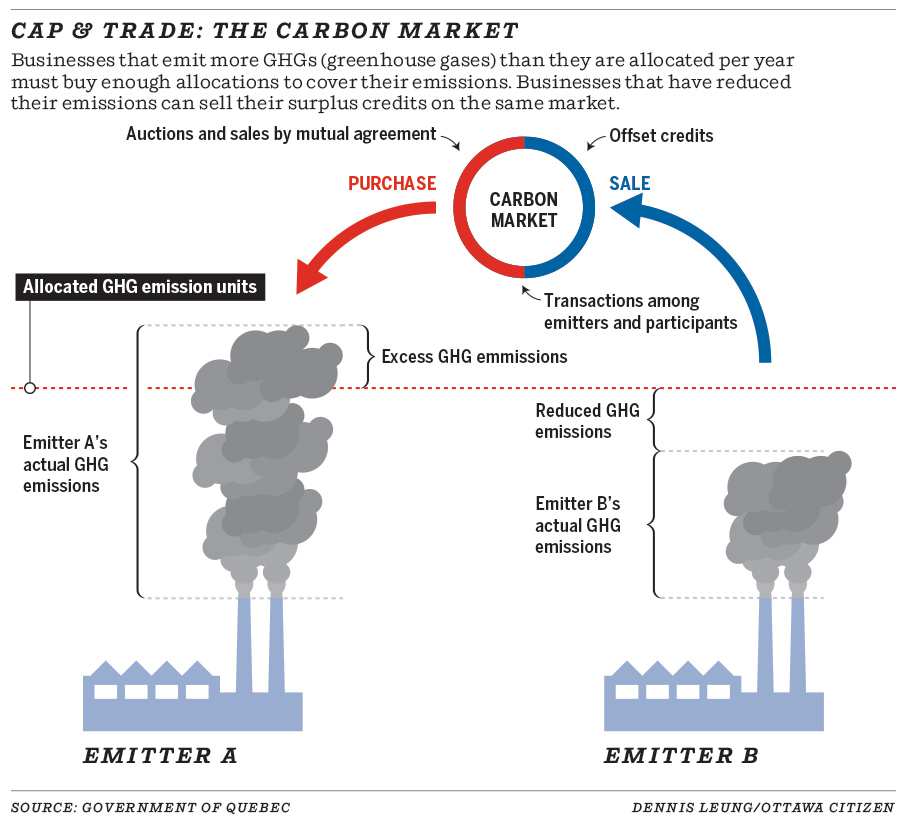 Such a carbon market existed under the 1997 Kyoto Protocol as well but that regime is coming to an end next year. The current negotiations are about creating a similar market under the successor Paris Agreement regime.

Article 6 of the Paris agreement:

Article 6.2: enables bilateral arrangements for transfer of emissions reductions, while ensuring that they do not double-count the reductions. Article 6.2 talks about a wider carbon market in which reductions can be bought and sold by anyone.

Article 6.8: provides for making ‘non-market approaches’ available to countries to achieve targets. They could include any cooperative action, like collaboration on climate policy or common taxation, that are not market-based.

Countries like India, China and Brazil want their unsold carbon credits to be valid in the new market while the developed countries are opposing it on the ground that many of these credits were bogus and did not represent actual emission reductions.

Author Amitabha Bagchi has won the DSC Prize for South Asian Literature 2019 for his fiction novel – Half The Night Is Gone. 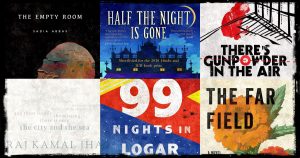 Progressive Dairy Farmers Association (PDFA) International Dairy and Agri Expo 2019 at Jagraon, Union Minister for animal husbandry said that the plan is to provide dairy farmers with ‘sexed semen’ for cattle for as cheap as Rs 100 per straw by 2020.

What is sexed semen?

Sexed semen is specially processed semen of bulls from which ‘Y’ chromosomes in sperm cells — which lead to the birth of a male calf — are either removed through a ‘sorting’ process or killed. Semen which has only ‘X’ chromosomes can ensure that a female calf is born.

Techniques: There are two techniques to produce sexed semen:

Why is this method being used?

Considered a financial burden, male calves are either killed or abandoned on the roads by farmers as they do not give milk. This had led to an increasing number of cattle roaming the streets, which has caused fatal road accidents as well.

RBI also asked the banks not to levy any charges on NEFT transfer from savings bank account holders. 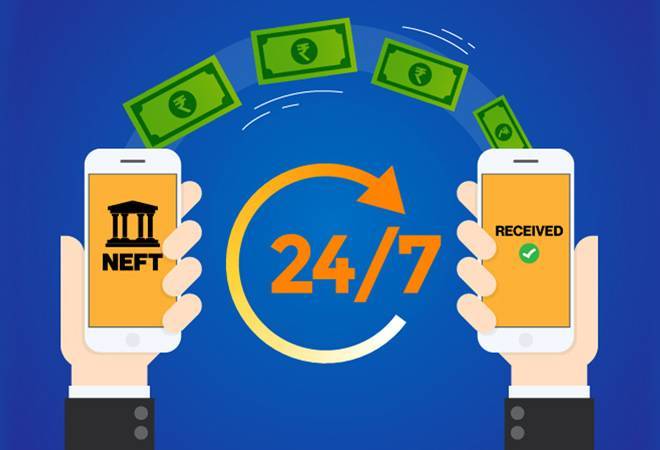 The RBI has joined an elite club of countries having payment systems that enable round-the-clock fund transfer and settlement of any value.

The benefit to Customers:

Customers can now transfer money through NEFT without paying any charges at any time of the day whereas banks charge a fee for fund transfer through cheques and Demand Draft (DD).

The revised Mobile Number Portability (MNP) rules issued by telecom regulator TRAI came into effect from December 16, 2019. The new rules are slated to make the porting process fast and simple. 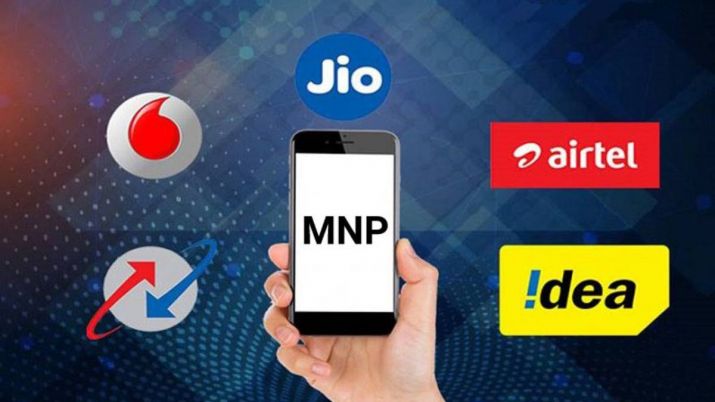 California became the first state in the US to make discrimination over natural hair illegal. New York followed suit and now New Jersey has become the latest US state to pass such legislation, called Creating a Respectful and Open World for Natural Hair (CROWN) Act. 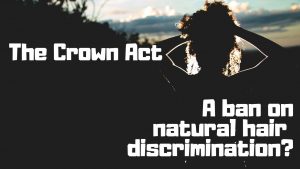 A study conducted recently concluded that black women were 80% more likely to change their natural hair in order to meet social norms or expectations at work. Black women are also 50% more likely to be sent home from the workplace because of their hair.

About: For the first time, these two tracks 1.5 dialogues were held consecutively and on similar Indo-Pacific themes.

The theme for this year’s Indian Ocean Dialogue is: “Indo-Pacific: Re-imagining the Indian Ocean through an Expanded Geography”.

The theme for this year’s Delhi Dialogue is: “Advancing Partnership in Indo-Pacific”.

10. Annulment of Election of MLA:

Recently, the Allahabad High Court annulled the election of Mohammad Abdullah Azam Khan, as a Member of Legislative Assembly (MLA) from Uttar Pradesh on the grounds of being underage at the time of the assembly elections (2017). 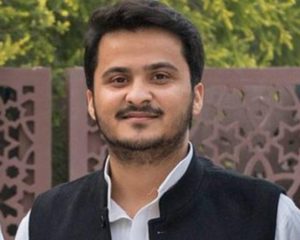 The order was passed on a petition which claimed that the candidate was less than 25 years of age at the time of filing the nomination and hence was ineligible to contest.

Privilege Motion has been moved against the Union Textile Minister Smriti Irani in the Lok Sabha. 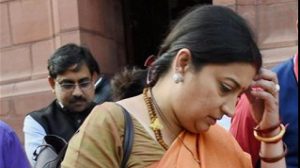 About Privilege Motion: It is concerned with the breach of parliamentary privileges by a minister.

What are the rules governing privilege?

Several cases of wild elephants dying of electrocution near the Cauvery Wildlife Sanctuary in Karnataka have been reported recently. 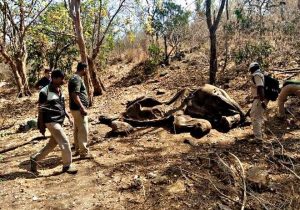 The Unified Payment Interface was introduced in India in 2016. Based on its performance, Google has recommended a similar service called FedNow to the US Federal Reserve Board.

With its growing popularity, the RBI on December 16, 2019, announced that NPCI will set up a subsidiary to export UPI.

India is already extending the app to other countries. Recently, PM Modi launched the service in Singapore during his visit to the country.

The World Economic Forum released its report according to which India ranked 112th in terms of the gender gap. The report said that India was ranked bottom-five in terms of survival and economic participation. 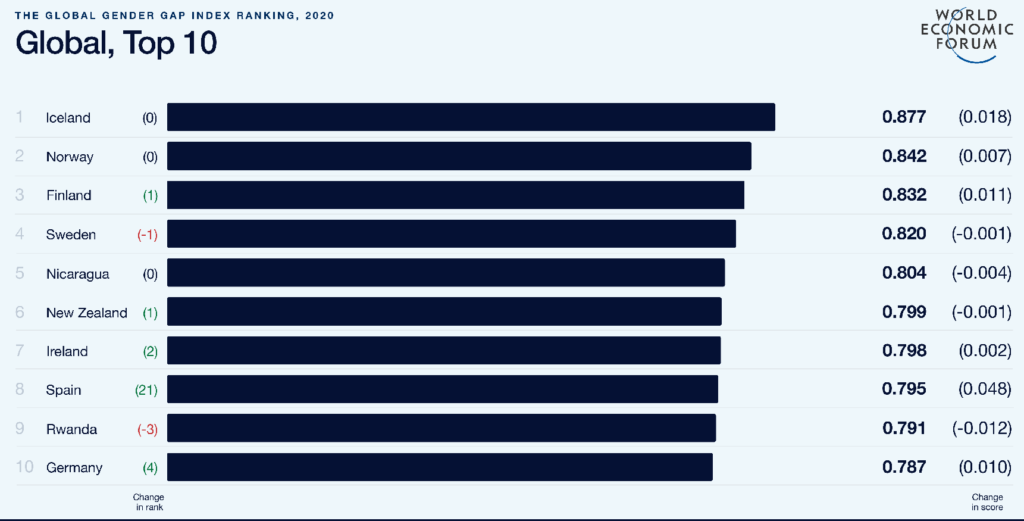 The government is planning to launch a program called “Project Dolphin”, along the lines of “Project Tiger” to enhance the population of these dolphins. 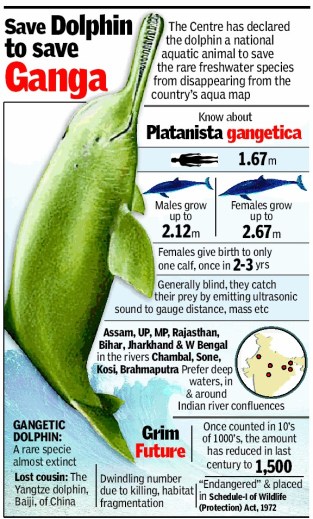 Dolphins have been included in

The Gangetic river dolphins can only live in freshwater, are blind and catch their prey in a unique manner, using ultrasonic sound waves.

The CAB bill (Citizenship Amendment Bill, 2019) was passed in the Indian Parliament on December 11, 2019, with 125 votes in favor and 105 votes against. The bill received presidential assent on December 12.

The passing of the cab bill triggered violent protests across the country, including the north-east, West Bengal and New Delhi.

The national capital came to a standstill on December 15, when a student protest turned violent, leading to clashes with the police and torching of public buses. The protest march was organized by the students of Jamia Millia Islamia.

Following the violent clashes, the Delhi police detained over 100 Jamia students alleged to be involved in the violence. Thousands of people including students from other universities such as JNU and DU gathered outside the Delhi Police Headquarters late in the evening on December 15 to protest against the police crackdown on Jamia students and demand for the release of those detained.

Many celebrities and prominent personalities have raised their voices against the cab bill and its implementation and the crackdown of the police on the students protesting against it. There have also been protests against the nation-wide implementation of NRC.

The implementation of the Citizenship Amendment Bill, 2019 is expected to help those excluded by the Assam NRC. However, some groups in the state feel that it would nullify the Assam Accord of 1985.

While the whole purpose of the NRC was to weed out illegal immigrants irrespective of their religion, Assamese protestors feel that the cab bill will benefit the non-Muslim migrants in the state. 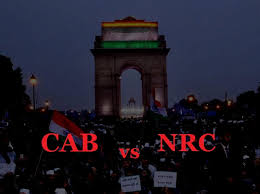 What is the CAB?

CAB is the Citizenship Amendment Bill, 2019, which proposes to grant Indian citizenship to the religious minorities who have fled from three of India’s neighboring nations- Pakistan, Bangladesh and Afghanistan- due to religious persecution or the fear of being persecuted.

Which religions are included in the cab bill?

What were the previous citizenship criteria?

Till recently, it was compulsory to live in India for 11 years to be eligible for Indian citizenship. The new bill reduces the limit to six years.

What are the eligibility criteria under NRC?

Under NRC, a person is eligible to be a citizen of India if they prove that either they or their ancestors were in India on or before March 24, 1971.

The Assam NRC process was initiated to weed out illegal Bangladeshi immigrants, who came into India during the India-Pakistan war in 1971, which led to the creation of Bangladesh.

2. The Appointments Committee of Cabinet (ACC) chaired by Prime Minister Narendra Modi has appointed Sridhar Patra as the new chairman-cum-managing director (CMD) of National Aluminium Company Limited (NALCO). NALCO was established on 7 January 1981, with its registered office at Bhubaneswar, Odisha. It is one of the largest integrated Bauxite-Alumina-Aluminium- Power Complex in India.

3. Lt General Manoj Mukund Naravane is set to become the next chief of the Indian army. The three-year tenure of the current Army Chief Bipin Rawat ends on December 31 as he retires. However, GoI is yet to announce the name of the first Chief of Defence Staff as announced by PM Modi in his Independence Day address.

4. Union Housing and Urban Affairs Minister Hardeep Puri formally launched DDA Portal 2 in New Delhi. Now, the residents of 1,731 unauthorized colonies can register their details and upload their documents for verification in the given portal to apply for ownership rights. About 8,268 citizens have already registered on Portal 2 ever since it became operational a fortnight ago.

5. Air Marshal D Choudhury took charge as a new Commandant of National Defence College. He took over the charge from Vice Admiral Srikant. Prior to this appointment, Air Marshal Choudhury was a senior Air Staff Officer at Headquarters of Western Air Command in New Delhi.

6. Supreme Court refuses to intervene in Jamia’s case, asks petitioners to approach the High Court. The Supreme Court stated that it is a law and order problem and questioned the act of burning public buses.