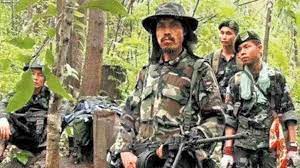 The Ministry of Home Affairs (MHA) extended the ceasefire agreement with the Niki Sumi faction of the National Socialist Council of Nagaland.