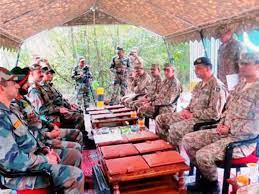 India and Pakistan troops are reported to have exchanged fire briefly along the Line of Control (LoC) in Jammu and Kashmir’s Kupwara district.