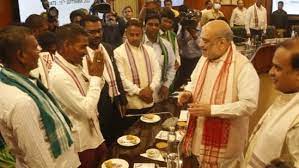 A tripartite peace agreement was signed between Centre, Assam Government and eight tribal groups of Assam in the presence of Union Home Minister Amit Shah in New Delhi.