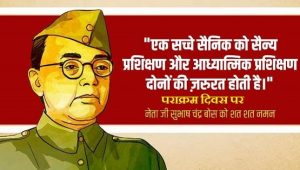 The central government has decided to observe Subhas Chandra Bose Jayanti as ‘Parakram Diwas’ to be celebrated on 23rd January.