Pollution In Rivers : Report By Central Pollution Control Board 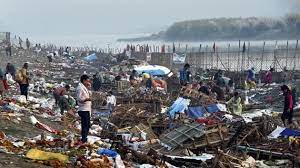