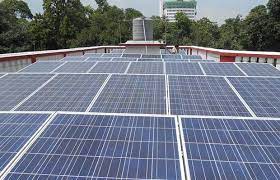 According to the data available on the website of the Union Ministry of New and Renewable Energy (MNRE), India could install just 6GW of Rooftop Solar (RTS) power by the end of October 2021 under the rooftop solar scheme.