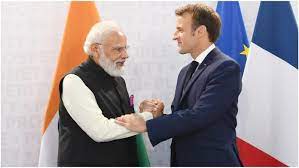 The 36th India-France Strategic Dialogue took Place on January 5, with a focus on addressing China’s militarization of the Indo-Pacific region and ways in which the two nations can work together to counter it.