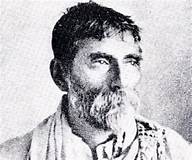 Ministry of Culture organised a curtain raiser for two days International Conference on the “Contributions of Acharya Prafulla Chandra Ray as a Chemist and Freedom Fighter” at the Department of Chemistry, Delhi.