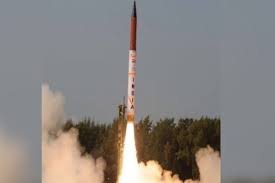 India conducted a test of the nuclear capable Agni-IV ballistic missile, which has a strike range of 4,000 km, as part of a “night user trial in operational configuration” by the Strategic Forces Command (SFC).