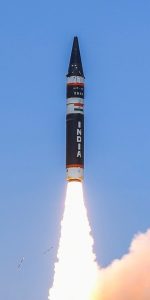 Other Ranges of Agni Missiles: