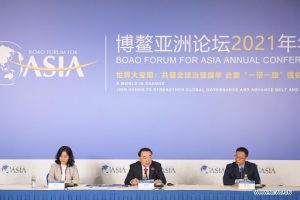 The opening ceremony of the Boao Forum for Asia Annual Conference 2021 was held in Boao, south China’s Hainan Province.

About the Bao Forum: