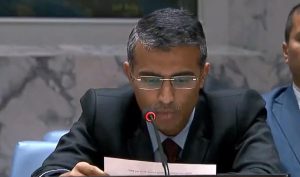 India has abstained from a UNSC resolution sponsored by Russia alleging US and Ukraine carrying out “military biological activities” violating the Biological Weapons Convention (BWC).