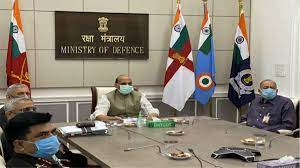 Ministry of Defence (MoD) has offered four projects to the Indian Industry for design & development under Make-I category of Defence Acquisition Procedure (DAP) 2020.