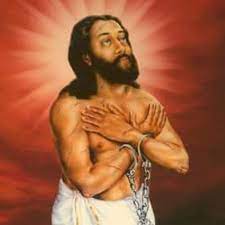 Devasahayam was recommended for the process of Beatification by the Vatican in 2004.