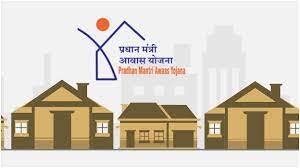 The union cabinet has approved the extension of the flagship urban housing scheme — Pradhan Mantri Awas Yojana (Urban) — till December 31, 2024.