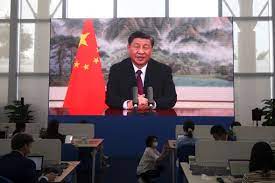 A new Global Security Initiative put forward by Chinese President Xi Jinping will look to counter the U.S. Indo-Pacific strategy and the Quad — the India, U.S., Australia, Japan grouping — according to Chinese officials.