Section 9A In The Representation Of The People Act, 1951: 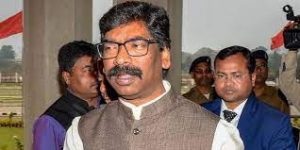 Uncertainty looms large over Hemant Soren’s continuation as Jharkhand Chief Minister as he is likely to be disqualified by the Governor as Member of the Legislative Assembly; the Governor has received the Election Commission of India’s opinion on the question.

Section 9A in The Representation of the People Act, 1951: