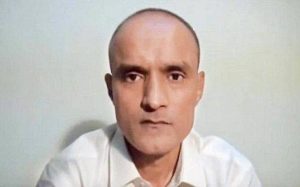 Pakistan has urged India to appoint a lawyer to represent death row convict Kulbhushan Jadhav to implement the verdict of the International Court of Justice (ICJ).

About the Kulbhushan Jadhav Case:

Implications of ‘Effective Review and Reconsideration’ for India: