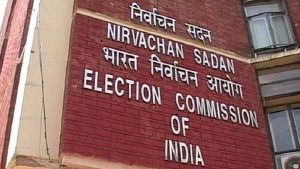 The Election Commission’s recent decision to change the rules for appointing polling agents has sparked off a debate in West Bengal.