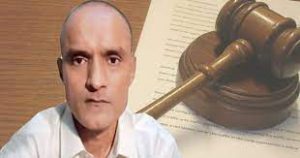 Pakistan’s Parliament has enacted a law to give Indian death-row prisoner Kulbhushan Jadhav the right to file a review appeal against his conviction by a military court.