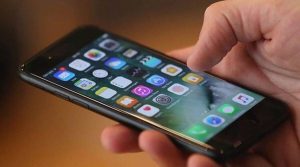 The Principal Scientific Adviser to the Government of India launched the “MANAS” App to promote wellbeing across age groups.