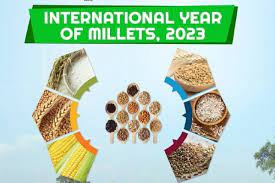 India has shared the vision to make International Year of Millets 2023 a ‘People’s Movement’ alongside positioning India as the ‘Global Hub for Millets’.