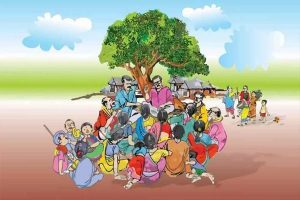 Palli village in Jammu’s Samba district has become the country’s first panchayat to become carbon neutral, fully powered by solar energy and with all its records digitised and saturation of benefits of all the Central schemes.