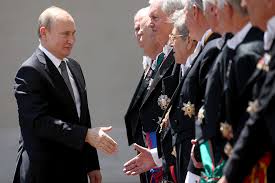 President Joe Biden and his Russian counterpart Vladimir Putin reportedly discussed it by phone a week ago, and subsequently, Mr. Putin signed it into law on Friday.