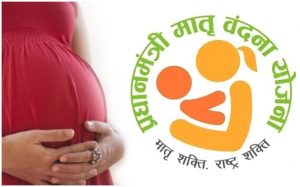 The scheme has crossed 1.75 crores, eligible women, till the financial year 2020.

It is a Maternity Benefit Programme that is implemented in all the districts of the country in accordance with the provision of the National Food Security Act, 2013. Under PMMVY, pregnant women and lactating mothers (PW&LM) receive ₹5,000 on the birth of their first child in three installments, after fulfilling certain conditionalities.