Production-Linked incentive (PLI) Schemes For Pharmaceuticals And IT hardware: 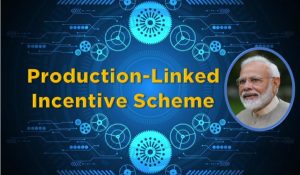 The Union Cabinet has cleared Production-Linked incentive (PLI) schemes for pharmaceuticals and IT hardware, including laptops, which would cost the government as much as Rs. 22,350 crore.

Categories of Drugs Targeted by the Scheme: