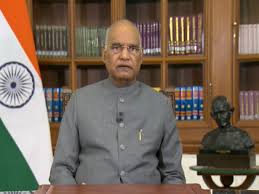 President’s Rule has been imposed in the Union Territory of Puducherry, on the recommendation of the Lieutenant Governor, after the established government lost power during a vote of confidence.

The President was satisfied that a situation had arisen in which the administration of the Union Territory of Puducherry could not carry on in accordance with the provisions of the Government of Union Territories Act, 1963 (20 of 1963).