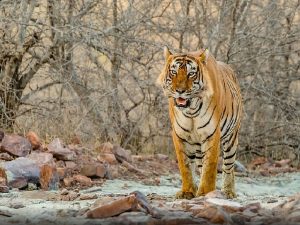 The recently declared Srivilliputhur-Megamalai Tiger Reserve in Tamil Nadu will provide protection to Megamalai, the Vaigai’s primary catchment, in turn helping water levels to rise in the river.