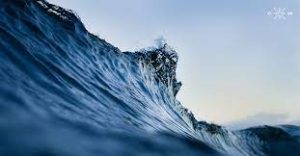 Ocean Rewilding is expected to come up in COP26. A network of 68 European organizations are working together to find ways to reinvigorate the marine life of the earth.