The Southern Ocean As The World’s Fifth Ocean: 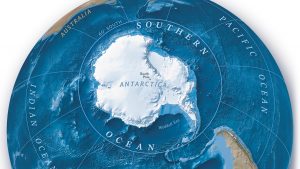 The National Geographic magazine has recognized the ‘Southern Ocean’ as the world’s fifth ocean.