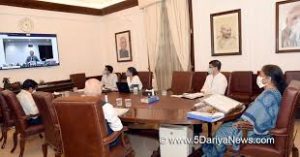 Recently India has virtually participated in the 3rd G20 Finance Ministers and Central Bank Governors (FMCBG) meeting under the Presidency of Saudi Arabia. 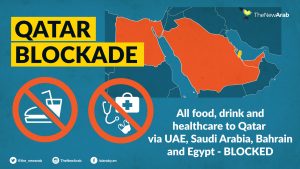 Recently, the International Court of Justice (ICJ) refused an appeal by Bahrain, Saudi Arabia, Egypt and the United Arab Emirates (UAE) which challenged the authority of the International Civil Aviation Organisation (ICAO) to adjudicate on the legality of the Qatar blockade.

Since 2017, the blockade of Qatar has included:

The dispute at the ICJ: 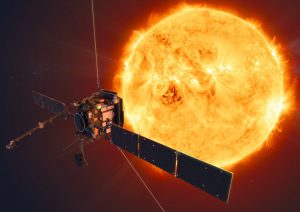 The European Space Agency has released the closest pictures ever taken of the Sun captured by the Solar Orbiter that was launched in February this year.

1. The first International Chess Day is being celebrated on 20 July.

2. According to the records of the 1960 boundary talks, the Chinese troops have gone beyond China’s own territorial claims at Pangong Tso Lake and Galwan Valley.

3. An oil and gas exploration company has helped geologists discover a series of faults at the foot of the Himalaya.

4. There have been considerable discussions in scientific circles on the importance of vitamin D in these days of the COVID-19 pandemic.

5. Scientists have discovered a new species in the eastern Indian Ocean (near Indonesia) called ‘Bathynomus raksasa’, a ‘supergiant’ Bathynomus, and which has since been described as the “cockroach of the sea”.

6.DRDO has developed P7 Heavy Drop System which is capable of para dropping military stores up to 7-ton weight class from IL-76 aircraft.

7. Income Tax Department has rolled out new Form 26AS with an aim to assist Tax payers in filing quick and correct Income Tax Return (ITR)

8. The alleged torture of a father-son duo in Sattankulam town in Tamil Nadu has once again given rise to the demand for a separate law against torture.