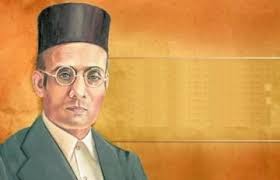 The invitation extended by the Bruhat Bengaluru Mahanagara Palike (BBMP) for the inauguration of the Yelahanka flyover sparked off a political controversy with the initial intimation indicating that it would be named after Hindutva ideologue V.D. Savarkar.

2. India and China have activated the “working mechanism”: 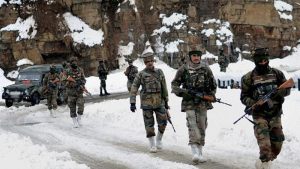 India and China have activated the “working mechanism” at the diplomatic level alongside the military-to-military conversation taking place at the field level to “dis-engage” and “de-escalate” the situation.

3. US President has offered to mediate between India and China over the Indo-China border standoff.: 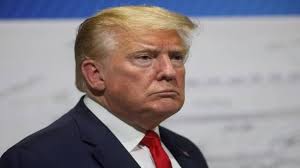 Recently, the USA President has offered to mediate between India and China over the Indo-China border standoff. 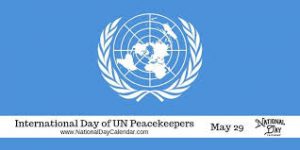 International Day of UN Peacekeepers 2020 will be observed on May 29. 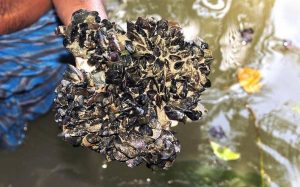 An invasive species named Charru mussel (Mytella strigata), native to the South and Central American coasts, is spreading quickly in the backwaters of Kerala.

3. Indian Olympic Association has constituted an 11-member committee, led by Athletics Federation of India president Adille Sumariwala, to monitor annual grant and affiliation fee of its members for the 2020-2021 cycle.

4. The European Union (EU)’s executive unveiled a €750 billion plan to prop up economies hammered by the coronavirus crisis.

5. Less than two months after detecting its first infection, Montenegro is the first country in Europe to declare itself coronavirus-free.

6. In a first of its kind initiative in the country, the Karnataka government will soon launch a State Health Register project to maintain the health database of all its citizens.

7. The Reserve Bank of India (RBI) is likely to allow banks to assign zero risk weight for loans that will be extended to the Micro, Medium and Small Enterprises (MSMEs) under the Rs.20 lakh crore economic package announced by the Union government.

8.World Dugong Day is celebrated on 28th May, every year.:Dugong (Dugong dugon) also called ‘Sea Cow’ is one of the four surviving species in the Order Sirenia and it is the only existing species of herbivorous mammal that lives exclusively in the sea including in India.

9. Union Finance Minister Nirmala Sitharaman attended the Special Board of Governors meeting of the New Development Bank (NDB) through video conferencing in New Delhi. The meeting also witnessed the election of Mr. Marcos Troyjo from Brazil as the new President of the Developmental Bank.

10. Sports Authority of India (SAI) has deposited 30,000 rupees each as out of pocket allowance in accounts of 2,749 Khelo Indian athletes.