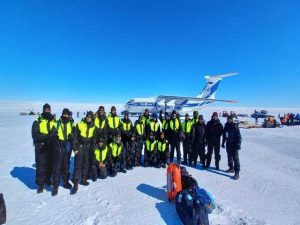 India has successfully launched the 41st Scientific Expedition to Antarctica with the arrival of the first batch of its contingent at the southern white continent.