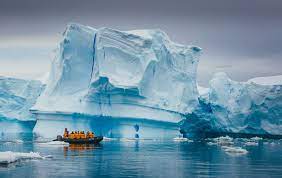 Scientists have found Microplastics — plastic pieces smaller than a grain of rice — in freshly fallen Antarctic snow for the first time, which can influence the climate by accelerating melting of ice.