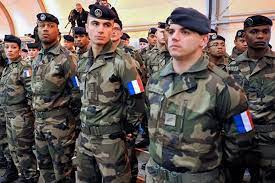 The sixth edition of the Indo-French Shakti 2021 (bilateral joint training exercise), will be conducted in November in Frejus, France.