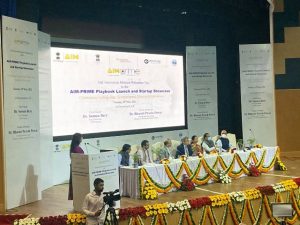 The AIM-PRIME (Program for Researchers in Innovation, Market Readiness, and Entrepreneurship) Playbook was launched by NITI Aayog.