Security Of The Prime Minister: 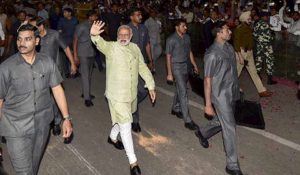 With the Prime Minister’s cavalcade stranded on a flyover in Punjab’s Ferozepur district for over 15 minutes due to a protest, the Ministry of Home Affairs has sought a report from Punjab government on what it called “a major lapse in the security of the PM”.