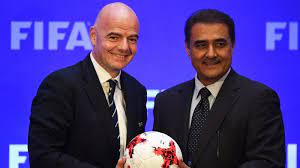 FIFA has suspended AIFF due to undue legal and political interference in the federation.