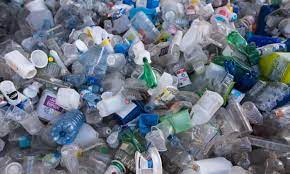 The Centre has defined a list of single-use plastic items that will be banned from 1st July 2022.