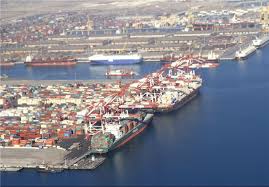 This is part of a bilateral contract between India and Iran signed in May 2016 for $85 million to equip and operationalise the port. Amid talks with Iranian authorities, it signals a push to the port project.India’s plans to invest further in the port project are seen as an indicator that the government expects some easing up in U.S. sanctions in the upcoming months, once the new Biden administration begins to address its policy on re-entering the Iran nuclear deal.

With this, India can bypass Pakistan in transporting goods to Afghanistan. It will also boost India’s access to Iran, the key gateway to the International North-South Transport Corridor that has sea, rail, and road routes between India, Russia, Iran, Europe, and Central Asia. It also helps India counter Chinese presence in the Arabian Sea which China is trying to ensure by helping Pakistan develop the Gwadar port. Gwadar port is less than 400 km from Chabahar by road and 100 km by sea.