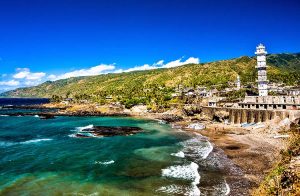 Indian Navy Ship Jalashwa arrived at the port of Anjouan in Comoros with one thousand metric tonnes of rice. This highlights the exemplary ties between India and Comoros within the framework of PM Modi’s vision of SAGAR ( Security and Growth for all in the Indian Ocean Region).