The Conference On Disarmament: 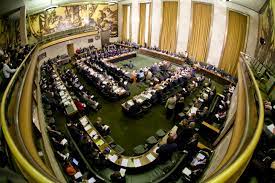 The Conference on Disarmament (CD) is being held in Geneva.

In April 2021, India’s Comptroller and Auditor General (CAG) has been chosen as the external auditor by the Prohibition of Chemical Weapons (OPCW) for a three-year term starting 2021.