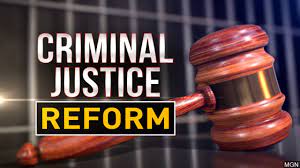 Experts have expressed “serious concerns over the slow pace of reforms in the criminal justice system to ensure speedy justice”.