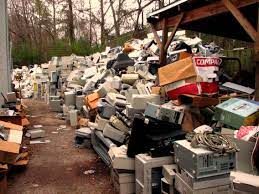 International E-Waste Day has been observed on 14th October since 2018.