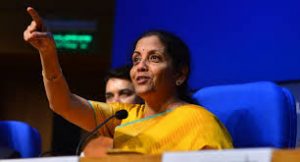 The Agriculture and Allied activities showed a growth of 3.4 percent at constant prices during 2020-21 (first advance estimate) says the Economic Survey 2020-21.

Economic Survey 2020-21 constructs a Bare Necessities Index (BNI) at the rural, urban and all India level.

The Economic Survey 2020-21 states that online schooling took off in a big way during the COVID-19 pandemic.

The Economic Survey 2020-21 has strongly recommended an increase in public spending on healthcare services from 1 percent to 2.5-3 percent of GDP, as envisaged in the National Health Policy 2017.