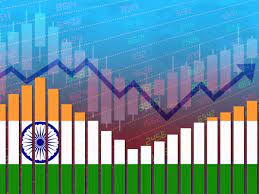 The Economic Survey 2021-22 was tabled in Parliament by the Finance Minister soon after the President’s address to both Houses of Parliament.