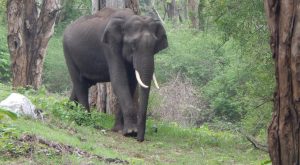 The Supreme Court has appointed conservationist Nandita Hazarika as Member of a Technical Committee constituted by it on October 14 last year to hear complaints by landowners against the action taken by the Nilgris Collector, which included the sealing of their buildings and allegations about the “arbitrary variance in the acreage of the elephant corridor.”

The movement of elephants is essential to ensure that their populations are genetically viable. It also helps to regenerate forests on which other species, including tigers, depend.

‘Gaj Yatra’, a nationwide campaign to protect elephants, was launched on the occasion of World Elephant Day in 2017.